When did the junior training begin?
In the 1990s a group of young lads from Emmanuel Church would have a game of football outside the church after the Sunday service. There was and still is no organised Saturday League football in Leicestershire. If you wanted to play competitive football it was a case of Church or football. In 1997 a father of one of the lads, Professor John Schad, decided to start a football club for the young lads.

A club with a difference

Because our link with the Church (our constitution still it says that the club is part of the youth and childrens work of Emmanuel Church). we have tended to play Saturday rather than Sunday football but its more about what we do rather than what we don’t do. We accept all children, regardless of ability into our club and look to provide players in match day squads with fair game time. We prefer to have teams of equal ability rather than first and second teams. We feel that this reflects our Christian values.

How did it develop to what we are today?
To start off everything was very informal. John started to persuade other fathers from Emmanuel and other churches to get involved. The church children started to invite their mates. John’s wife Katy worked as a non-stipendiary minister at the Good Shepherd and she would refer on children that she came into contact with. One or 2 coaches made contact with the Banglideshi community and children started to join us from the other side of the A6 and also from refugee families. Training sessions were typically at Southfields Park and the club started to enter one or two secondary aged teams into the leagues in Nottinghamshire and Derbyshire.

Key development: Charter Standard
In 2010 the club achieved Charter Status with the Leicestershire FA.
We are now comfortably the 2nd largest junior football club in Loughborough with around 250 young people registered and actively training with us, mostly at our Loughborough College based Saturday morning sessions. We field teams in the Nottingham Saturday morning league at 5 age groups and have a number of players in our 2 adult teams who have come through our junior ranks. 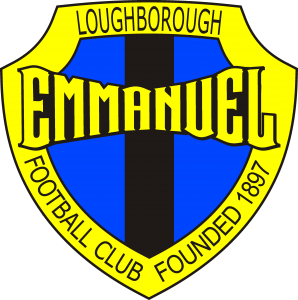